Financial crisis: Let’s Find Out All the Reasons That Can Cause It and How We Can Protect Ourselves In Uncertain Times

As countries become more dependent on each other for trade and prosperity, the adverse effect of a crisis in one region quickly spreads around the world to affect the global economy. So, let’s find out what financial crises in the past taught us and the reasons and consequences of the following article. What are the […] 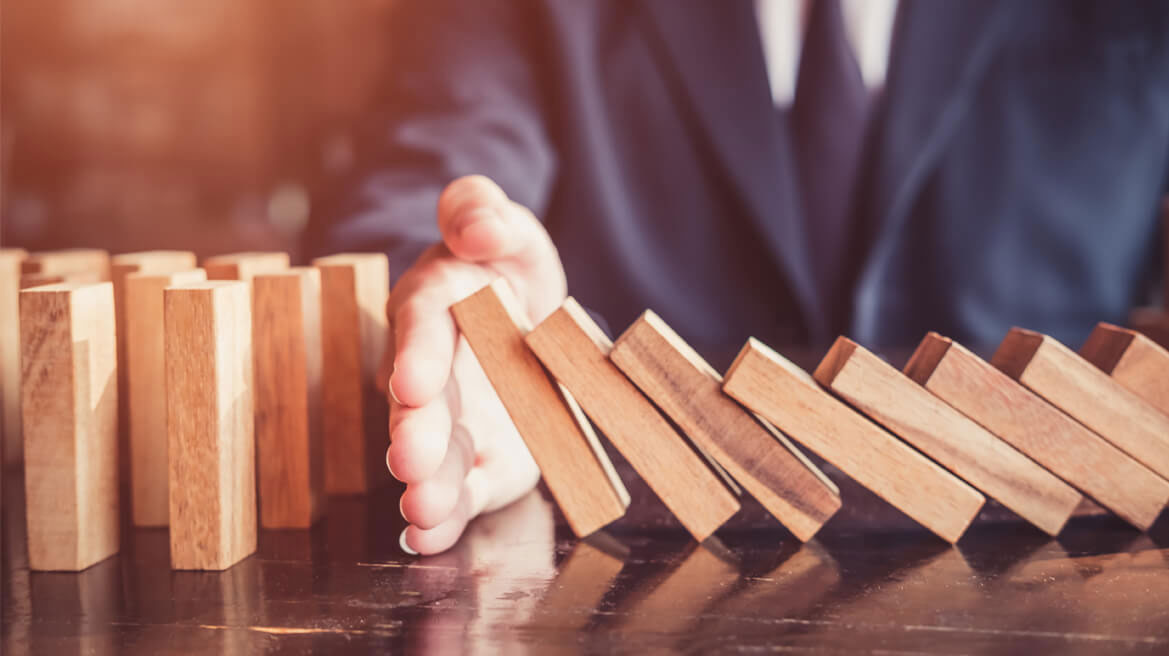 As countries become more dependent on each other for trade and prosperity, the adverse effect of a crisis in one region quickly spreads around the world to affect the global economy. So, let’s find out what financial crises in the past taught us and the reasons and consequences of the following article.

What are the types of Financial crisis?

Unfortunately, financial crises are common in history and often cause economic recessions or even economic depressions. Usually, financial crises are triggered by a bank run, devaluation, and stock market crashes. Other factors to a financial crisis include systemic failures, unanticipated or uncontrollable human behavior, regulatory absence, failures, or contagions that amount to a virus-like spread of problems from one institution or country to the next.

It is not a secret that banks’ lending most of the money they receive in deposits; hence it is difficult for them to pay back all these deposits quickly if they are suddenly demanded. When a bank suffers from a sudden rush of withdrawals, a bank run takes place. You probably heard of such events in the United States in 1931, and the run on Northern Rock in 2007.

You might remember the financial crisis that happened in Russia in 1998 and Brazil one year later, which resulted from a currency crisis. Mexico suffered such a fate in 1994. Currency crisis may be a nominal depreciation of a national currency due to the lack of reserves to maintain the country’s fixed exchange rate.

A financial crisis is always difficult to predict, and especially if it happened due to the market crash in case, there was a bubble. It can occur when some classes of assets are overpriced because of a buyer who buys an asset based on the expectation that he can resell it at a higher price instead of calculating if an asset’s price is equal to its fundamental value. When many decide to sell, the prices will fall. Well, known examples of bubbles and crashes in the stock market are: the 17th century Dutch Tulip mania, the 18th century South Sea Bubble, the Wall Street crash in 1929, the crash of the dot- com bubble in 2000-2001 and the most serious one was 2008 market crash, which brings us to the famous global financial crisis of 2008.

What are the reasons for the 2008 market crash?

Back in 2008, the financial crisis shook the world’s economy. That crisis has been the most serious since the Great Depression. It saw banks that were too big to fail to do exactly that. The banking system was losing the trust of both financial institutions and customers.

So, you are wondering what caused the 2008 financial crisis? Who to blame?

It was triggered by overheating in the housing markets. The U.S citizens were buying expensive houses, although they did not have enough money for it.

Lenders made it easier to get a loan and approved mortgages even to borrowers with poor credit scoring. Altogether, this was driving up home prices to an astronomical level.

Meanwhile, investment banks were given the freedom to build up their businesses and in which sector they want to focus on. They established exclusive financial products for the market to trade these mortgages. To gain these profits, U.S banks sold these mortgages known as mortgage back securities to other Banks and investors not only in the U.S but also around the world. The demand for these new financial products increased heavily due to the AAA” ratings; soon, banks were not able to stimulate the high demands on the market. The prime mortgage takers reached its maximum capacity.

This resulted in banks to start issuing subprime mortgages to borrowers with no income or employment proof to create more mortgages for the market. Banks pledged low and flexible interest rates reducing down payments, which allowed low- and middle-class citizens to borrow more money for bigger houses they normally couldn’t afford.

This led to an economic bubble and a rising level of default rates on sub-prime mortgages. Warnings about this by respected international organizations were ignored, though.

Large financial institutions like Lehman Brothers, Merrill Lynch, and Morgan Stanley all became lenders of mortgages. According to a 2018 paper published by the University of California Berkeley, by the summer of 2007, UBS held onto $50 billion of high-risk mortgage-backed securities, Citigroup $43 billion, Merrill Lynch $32 billion and Morgan Stanley $11 billion.

As a result of a glut of new homes on the market, housing prices across the country began to plummet, meaning that millions of homeowners and their mortgage lenders were suddenly “underwater,” which means they owed more on the mortgage than the estimated value of the property. Owners defaulted on their mortgage payments and lost their homes, and banks that held the securities were pushed toward bankruptcy.

What did we learn from the 2008 market crash? What has had changed since then? And how we can be sure that the same mistakes will not be repeated?

It’s been a transformative journey over the past 12 years. As companies have worked to rebuild their losses and set goals for the next decade – a journey that raises a lot of questions like what lessons have we learned? Did the government put all the measures to try and prevent a repeat of the crash? How can companies be prepared for future crises? Let’s have a close look at the lessons from the 2008 market crash and actions taken.

– Central banks of the most advanced countries started to work together more closely to solve global economic problems;

– Banks have become warier of lending money and Central banks have increased the requirements of reserves that need to be held;

– Regulatory changes restricted the ability of investments bank to provide all types of services; now, they can concentrate on only a few product lines.

The lessons from the 2008 market crash were painful and profound. But such events helped us to get more regulatory supervision and more confidence in the market.

Though the value of investments can fall as well as rise as a reaction to the news, but be careful and do not make decisions sometimes, it’s not related to the real economic situation.

For investors, the best thing to do is to stay diversified, spend less than you make, and adjust your risk tolerance accordingly; diversification has its limits in reducing risk. It is important to see how well a fund manager performs in times of falling. Wealthface strategy was back-tested since 2007, if you check our graphs, you will see that we outperformed the market at all times. Our portfolio rebalancing every quarter due to the market situation. So, you don’t have to worry, check the news and your investments every day. 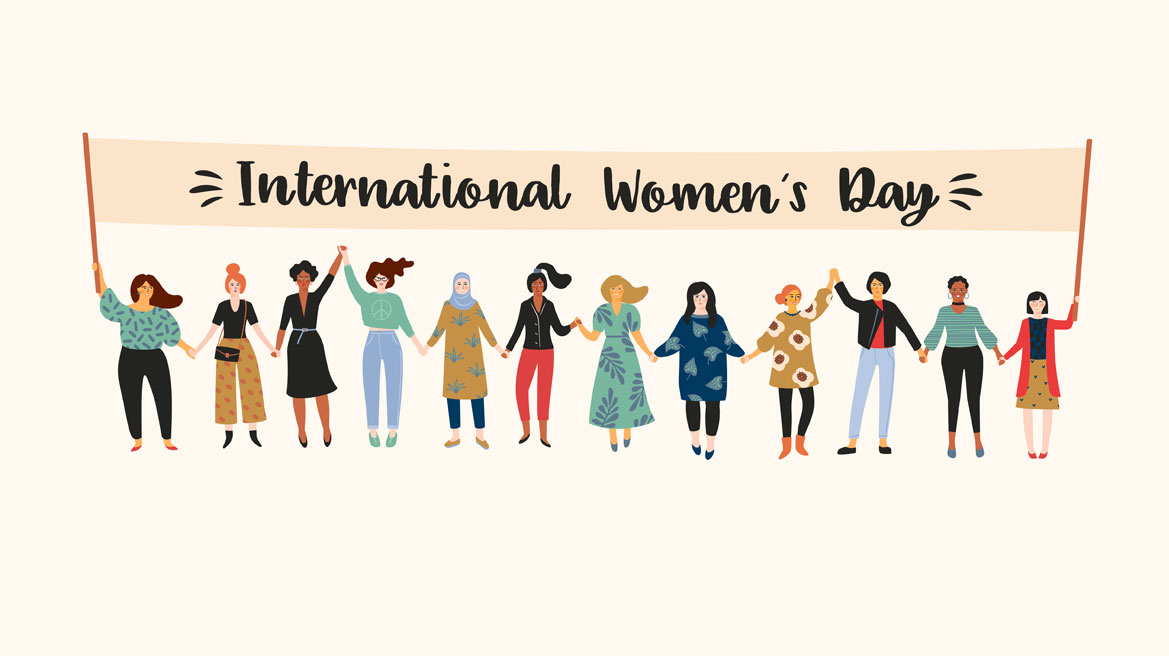 The Women in Finance and Fintech: Things You Need to Know 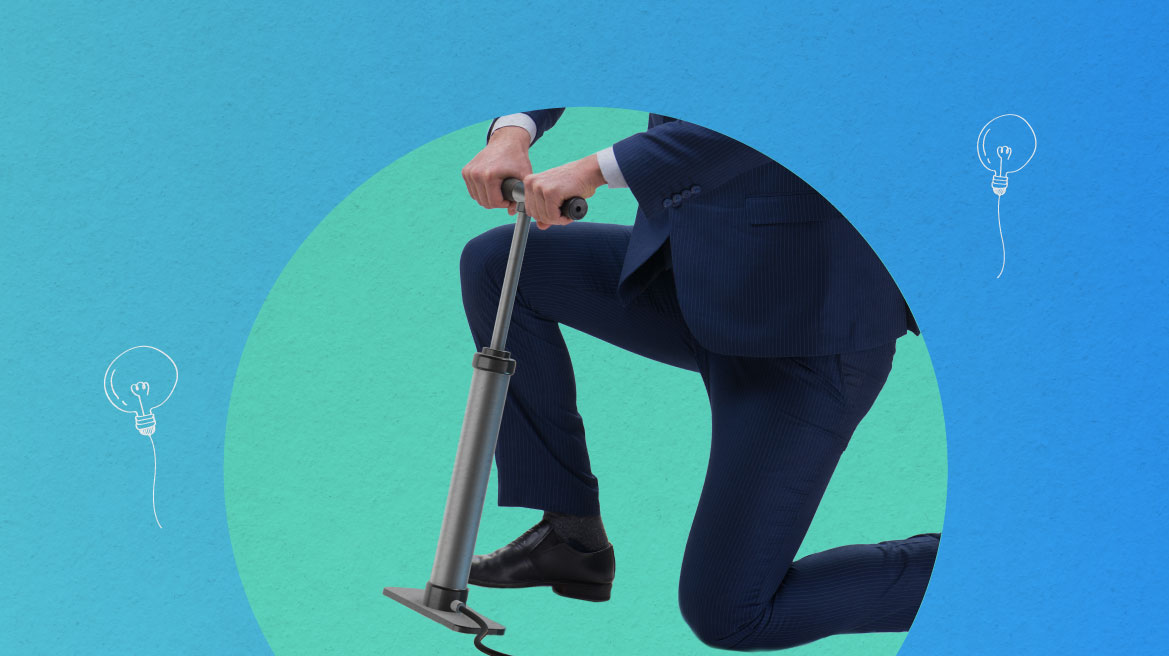 How to Profit from Inflation? 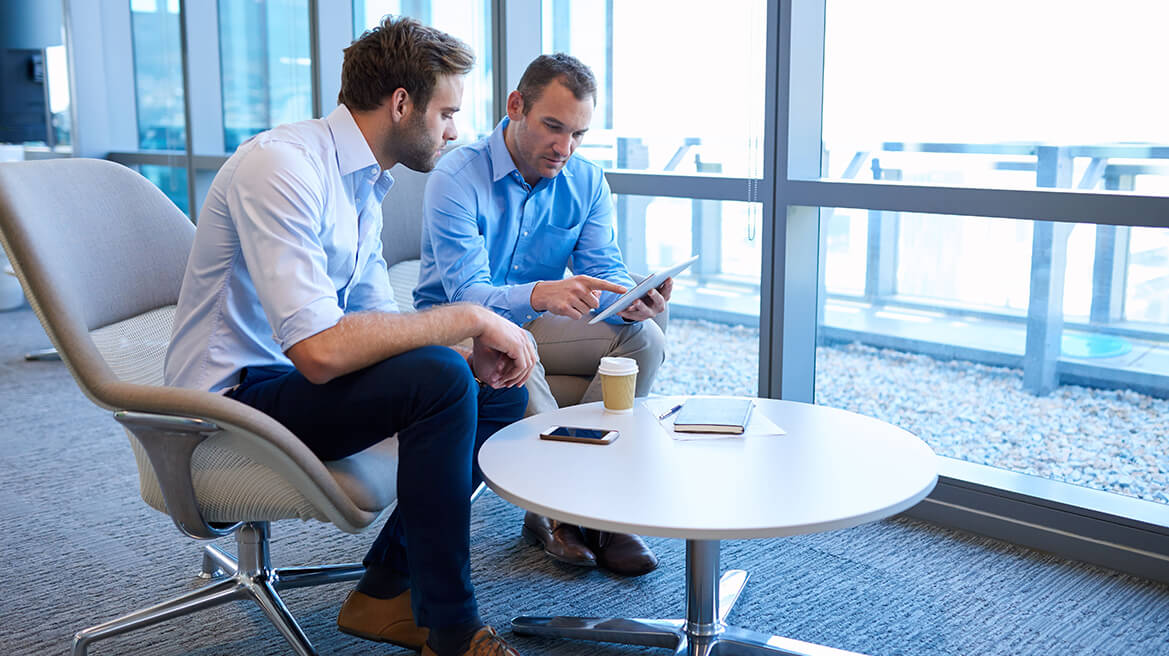 Why is it Important to Find the Right Financial Advisor? 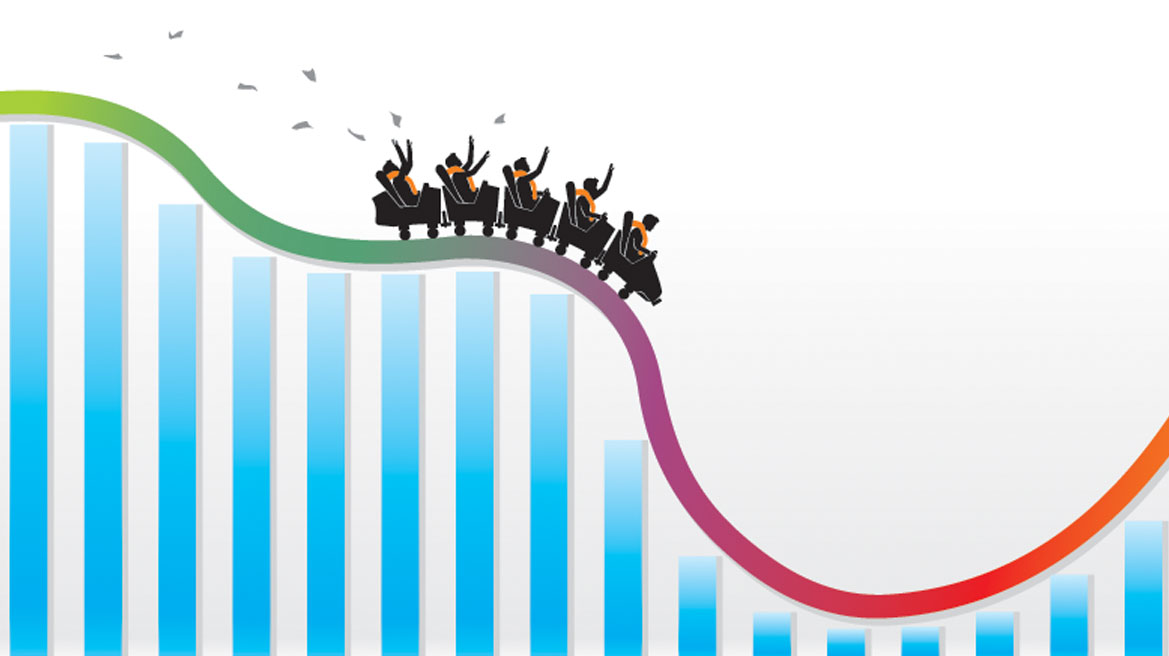 Market Volatility: How to Manage Your Finances? 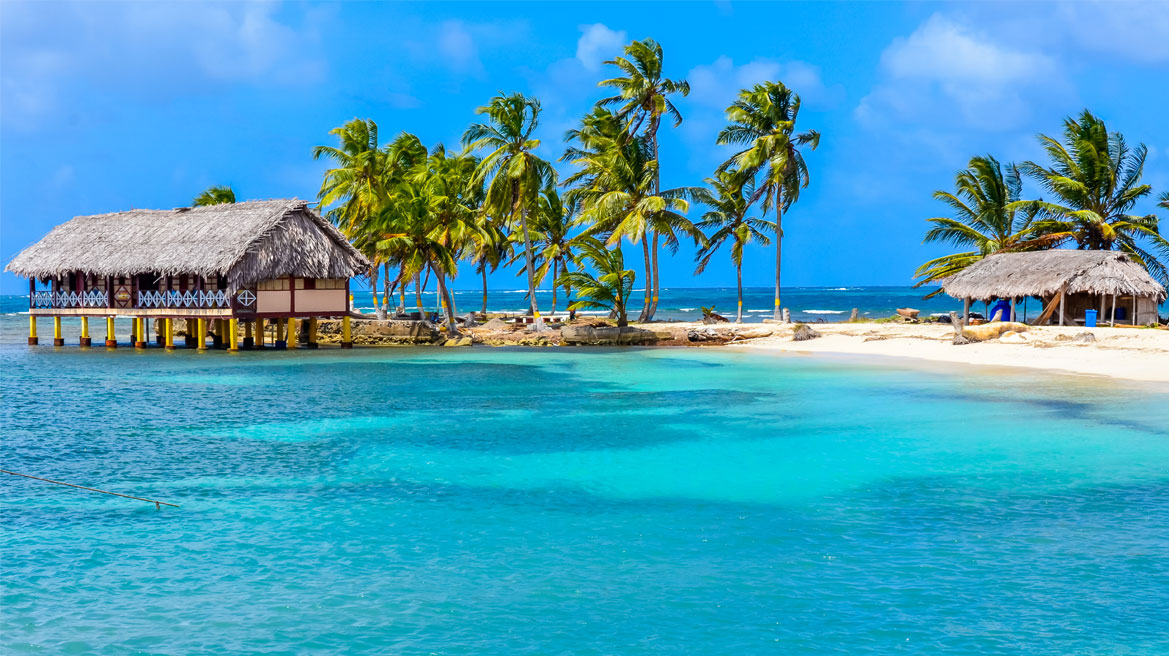 Top Retirement Spots in The World 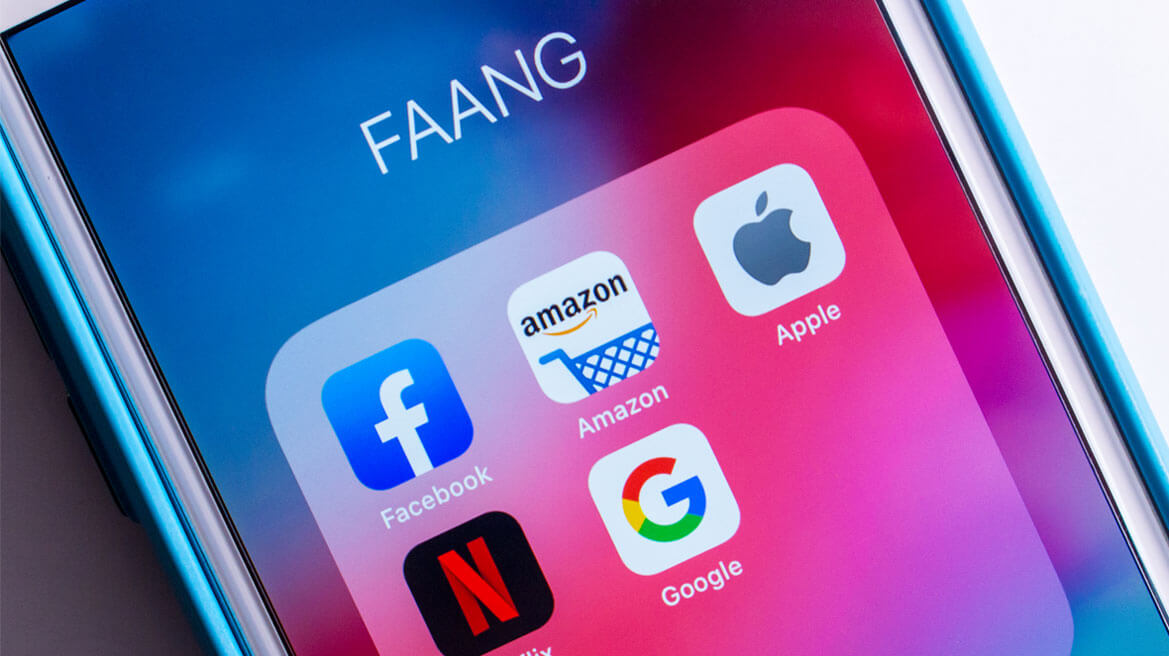 FAANG Stocks: Everything You Should Know