Fund managers, economists and investment experts love nothing more than a heated debate. After all, each of them take their approach to investing and building wealth very seriously, and it only makes sense that they strongly believe their own way of doing things is best. For the past couple of years, the biggest disagreements in […]

Fund managers, economists and investment experts love nothing more than a heated debate. After all, each of them take their approach to investing and building wealth very seriously, and it only makes sense that they strongly believe their own way of doing things is best. For the past couple of years, the biggest disagreements in the world of wealth management have been between those fund managers who prefer an active approach, and those who are opting for the increasingly far more popular and effective passive option (as heralded by Nobel Prize-winning whizz Harry Markowitz).

While the active fund managers certain have plenty of passion history behind their arguments, those on the passive investing side are clearly onto something; over a billion dollars has been moved from active stock funds into passive ones in the past decade,  and that kind of economic exodus doesn’t come about for no reason. It’s no coincidence that this rush of interest into passive funds arose with the advent of robo-advisors – an approach fully embraced by passive fund managers for their trustworthiness and unrivalled accuracy.

Investment journals and studies since 2007 have repeatedly dealt some pretty major blows to active stock funds, with all kinds of revelations gradually chipping away at the confidence of active stock fund managers. The Wall Street Journal itself has proclaimed that no less than 82% of active funds in the US have seriously trailed behind in the 15 years, and similarly game-changing statistics have flooded out of other countries, too. It seems that the active model has lost some of its sparkle, and is struggling to convince investors of its merits in the 21st century. On the flipside, the passive fund’s star continues to rise year on year, with innovation, accuracy and low-cost fees leading the way.

Breaking Down The Myths of Active Funds

It was the timescale of this Wall Street Journal study that seemed to send real shockwaves through the investment industry. Fifteen years is a long time in the world of investing. The study was able to demonstrate such a downwards trajectory, despite the various peaks and troughs which shorter studies might confuse with overall trends. It has been stated over and over again – with considerable evidence to back it up – that passive investment strategy is achieving nothing short of making the impossible possible. No wonder so many flocked over to this approach in order to make their wealth grow more effectively.

The truly striking conclusions of the study, however, were those which showed how while active funds were suffering a nose-dive, passive funds of all cap sizes were skyrocketing beyond all expectations. Over five, ten and even fifteen year periods, passive funds were dramatically outperforming their active counterparts. So, next time you hear the myth paraded by active fund managers that their results always level out over the long term (despite the fluctuations they claim are unavoidable truths of their industry), remind them of the hard facts of this study, and watch that smugness dissipate like bubbles in three-day old Champagne.

Active Fund Management: The century of Robo-Advice has begun

It’s becoming increasingly obvious to investors that the entire model of active wealth management is fundamentally flawed. This model involves a portfolio manager whose job it is to analyze the current market, and actively select the stocks he or she believes will outperform and make a hefty return. The problem with this model has becoming achingly clear with the advances of the 21st century, and the mass flight of investors from this model to the passive one has been a powerful testament to this.

So, what’s the issue? Firstly, active management if rife with human error. Even the most talent active wealth manager isn’t furnished with a fully-functional crystal ball, and even if they were, mistakes can and will happen when people are too directly involved. On top of this, there’s a constant worry of vested interests and conflicts of interest, something which the past decade has proven highly problematic for investors. The real turn-off, though? Active managers are expensive. They demand high fees to cover their salaries and overheads, and also need more of the investor’s cash to pay for the transaction costs which are part and parcel of buying and selling. The result has all too often been that returns get eaten up by such fees, leaving the investor with little but disappointment and frustration.

When we look at what passive funds do differently, the attraction becomes ever more obvious with each and every fact. Passive funds are – by their very nature – cheaper and more accessible as a result. Active fund managers simply can’t effectively slash their costs in the same as as passive ones can, making them immediately more attractive to new investors. On top of this, the worries regarded conflicts of interest and human error have all but disappeared completely thanks to the passive model’s embracing of the robo-advisor, the best of which use cutting edge technology and complex algorithms to adjust to each and every client’s needs. The level of accuracy they provide simply cannot be rivalled by any human wealth manager – and in today’s market, accuracy and the results it brings are everything.

The Wall Street Journal’s report is just one of a number of studies which provide the basis for a strong passive fund recommendation, and many of the issues which go hand-in-hand with active funds are rectified by investing passively. Firstly, they’re cheaper – and the latest trend with robo-advisors and robotic portfolio creation make them even more affordable, thanks to the lack of overheads involved. On top of this, passive funds are carefully constructed to track their own benchmarks, without making analytical bets of involving deviations. The result? Better returns over long periods, and lower fees which allow those returns to be truly appreciated by the individual investor.

Innovation and Effectiveness: A Recipe for Success

There’s more to the story than just the cold, hard facts about returns, though. Passive funds and wealth management companies which use Markowitz’s model have proven themselves time and time again to be on top of their game. Innovation and out-of-the-box thinking have been the cornerstones of passive fund management companies since the turn of the century, and the rush of excitement around robo-advisory services such as Wealthface has been more than justified. More trustworthy services, no human error, no conflict of interest and lower fees and better returns? Who could possibly argue with that?

With all of these issues (as well as access to the studies which support them) at the very forefront of the minds of investors, is it any surprise that billions of dollars have flooded out of active funds to be invested in passive funds? After all, investors are interested in watching their wealth grow reliably, as well as reducing risk while maximizing their returns. If one model is shown to do this more effectively than the other, it is only sensible for that to be the one to follow. Active fund managers: your days might just be numbered. 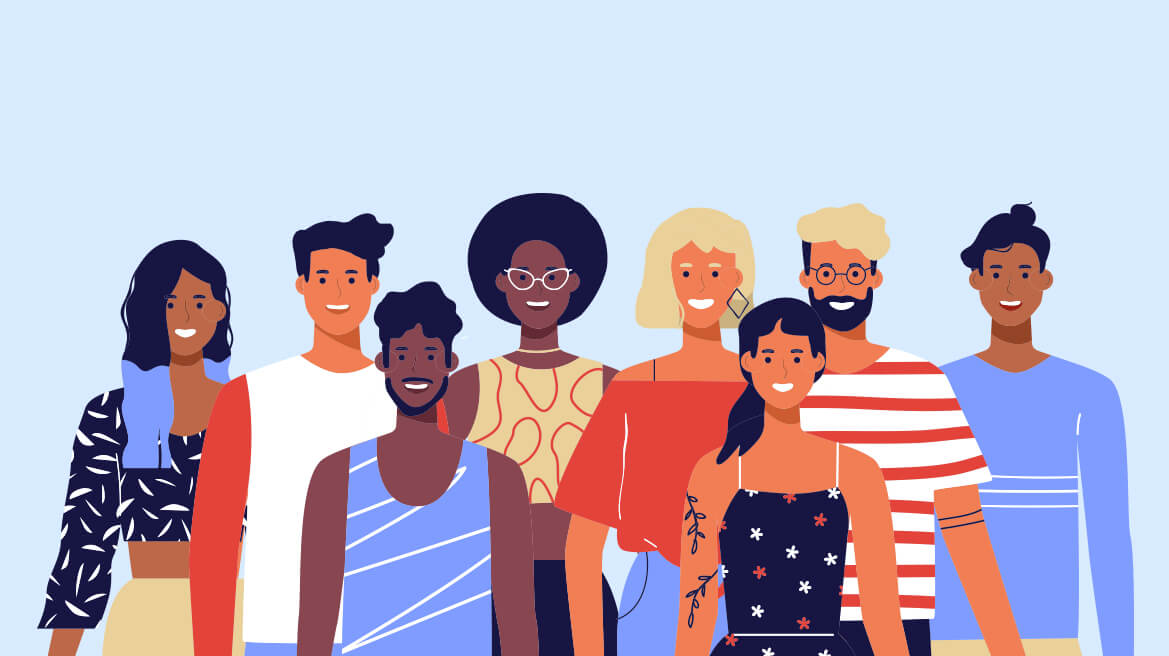 Millennial Investing Habits – All You Need to Know 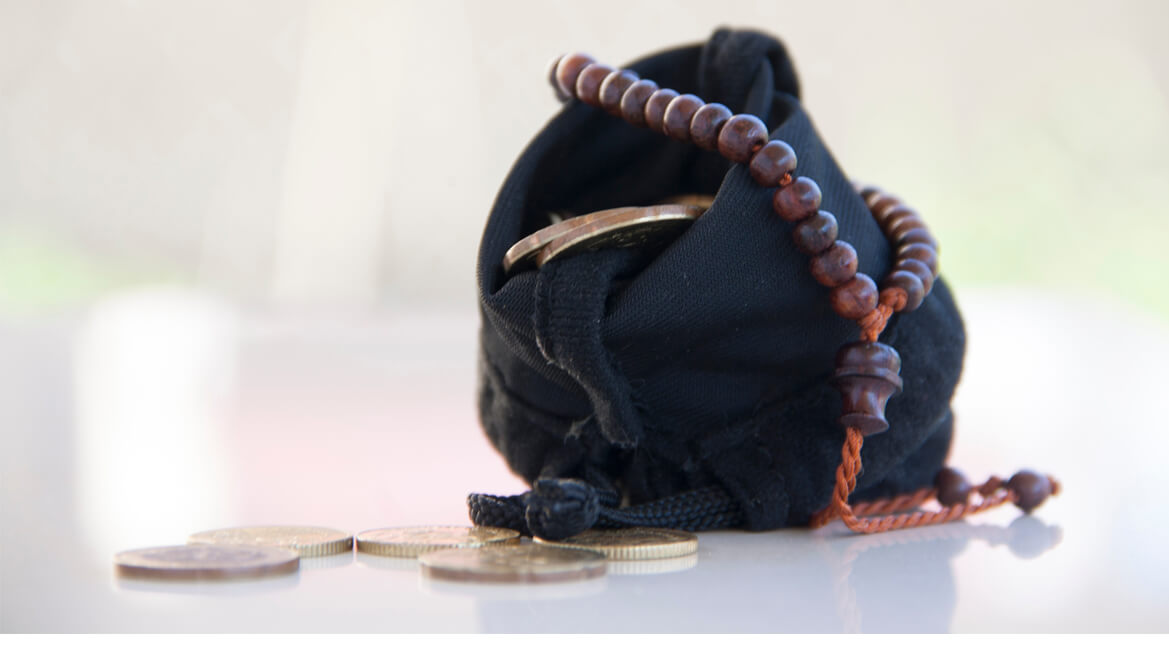 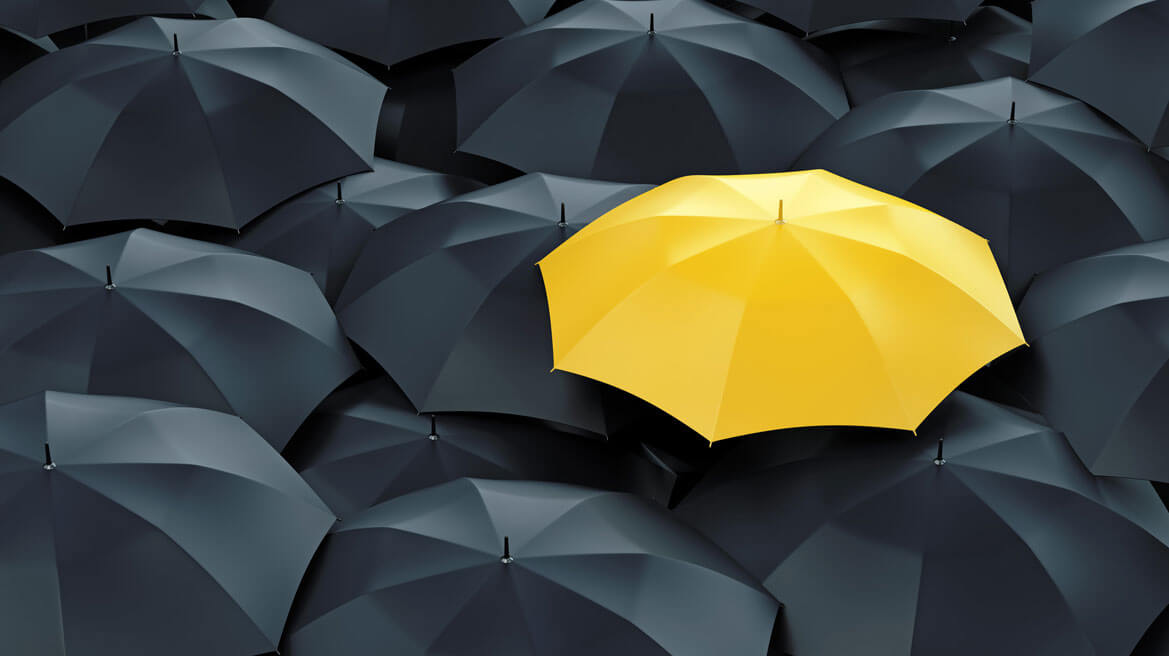 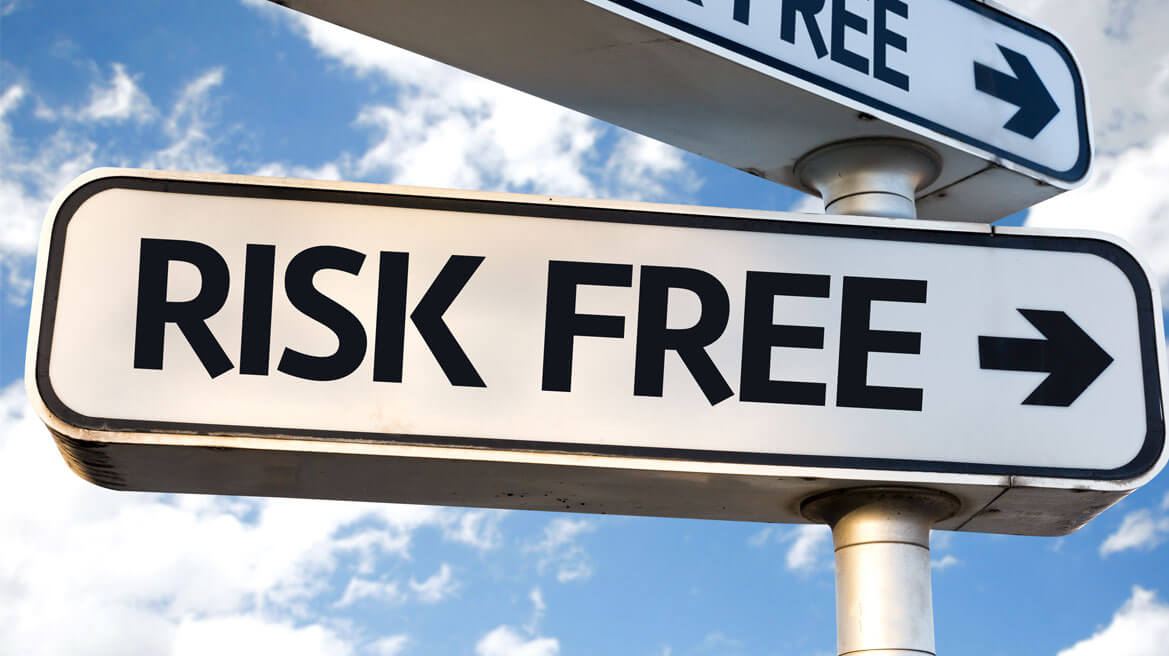 Risk-Free Rate: Importance and applications of this financial term 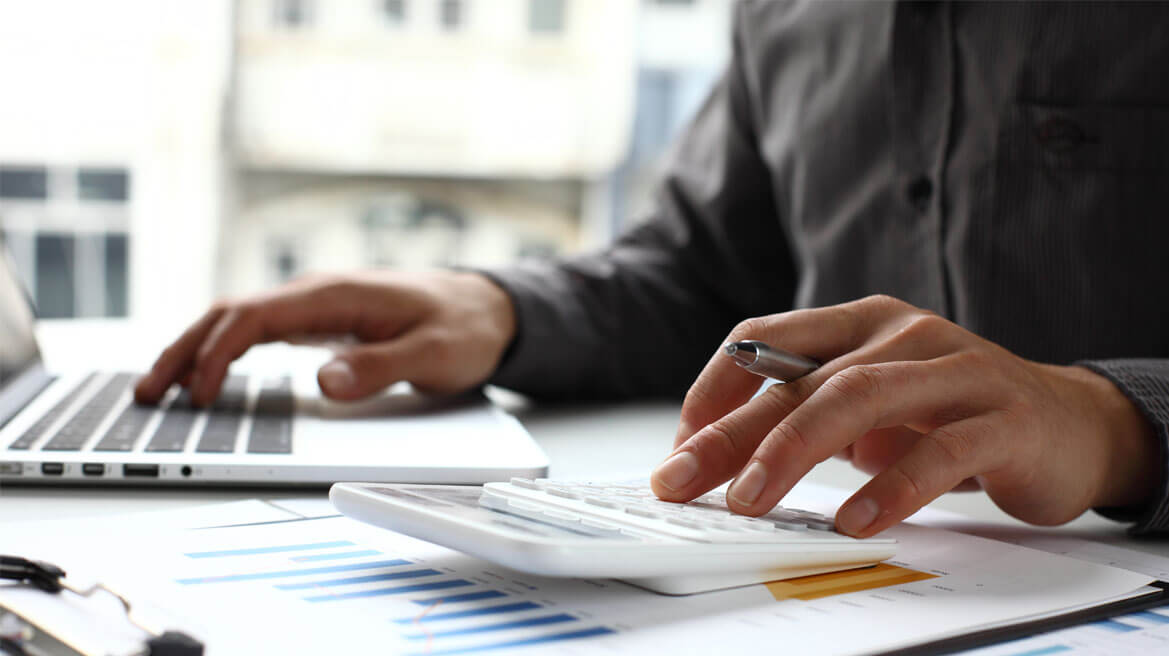 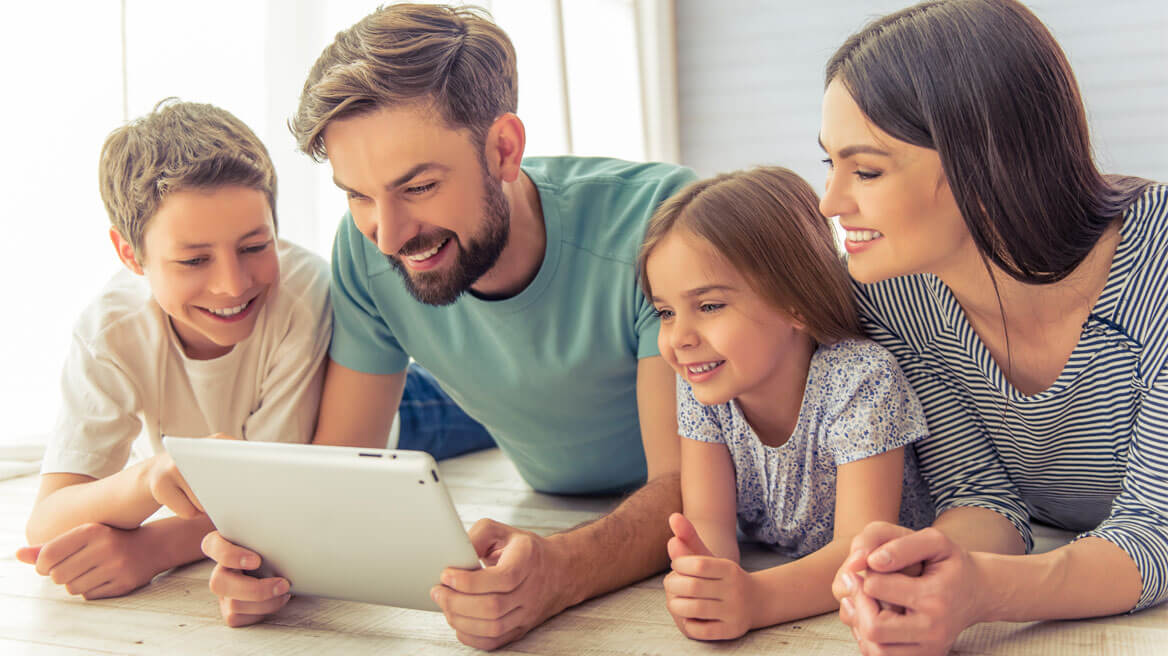 How to Build Wealth and Secure Your Future